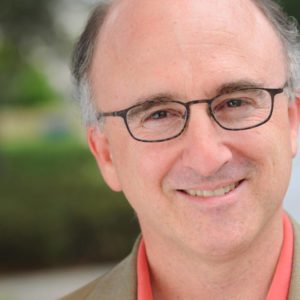 Dan is an award-winning editor, writer, ghostwriter and author who covers science, emerging technology, health and sustainability. He crafts stories that explain, inform, engage and inspire.

As a writer, Dan has roamed the back roads of Kenya with a malaria biologist, embedded in an urban archaeology expedition, crawled through underground streams with a cave biologist, and reported from the laboratories of top biomedical researchers. A former biologist with a Ph.D. from Johns Hopkins University, he has covered life sciences for the scientific community, engineering for engineers, and medicine for doctors. What drives Dan is a powerful desire to understand how the world works and to catalyze meaningful progress.

Dan has co-led a program at the publishing company Springer Nature that provided thought leadership on global health, energy, technology and sustainability. He led a team there that created a content-rich web portal, and he programmed and co-led planning for a high-level summit on sustainable cities. He also wrote opinion and analysis pieces, spoke on television and radio about global challenges, and worked with business colleagues to identify sponsorship opportunities.

As a senior editor at Discover and Mechanical Engineering magazines, Dan developed stories and special sections, edited, top-edited, wrote and sometimes ghostwrote stories; coached freelance writers and junior staff editors, and collaborated with art, design, and digital staff. At Discover, he edited and top-edited features and columns on energy, neuroscience, psychology and a wide range of other scientific topics. At Mechanical Engineering, he covered bioengineering, energy, robotics, automotive, aviation and other transportation technologies, and he helped launch a biomedical engineering news site.

Dan worked previously as a long-time contributing correspondent for Science and as a freelance writer for many national publications, including Discover, Popular Science, Wired, Smithsonian.com, Audubon, Nature Conservancy magazine, and Reader's Digest. His work has been anthologized in The Best of Technology Writing and has won several national and state journalism awards.

Dan is also a public speaker, and has spoken about sustainability and careers in science writing to audiences at universities, medical centers, professional conferences and civic groups. He has taught science writing both to journalists and to undergraduates, the latter as an adjunct instructor at Indiana University. Before launching his journalism career, Dan earned a Ph.D. in biology from The Johns Hopkins University and did microbiology research at the University of Illinois, Urbana-Champaign.